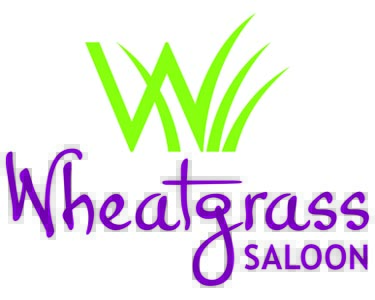 Wheatgrass Books will host author John Maclean for a reading and book signing
on September 14th at 7 pm. Limited edition prints of the engravings done by
artist Wesley Bates and that provide some of the artwork in the book will be on
exhibit and available for purchase at the reading.

HOME WATERS: A Chronicle of Family and a River by John N. Maclean. In this
poignant and elegantly crafted memoir, John—son of A River Runs through It
author Norman Maclean—explores his family’s bond across four generations to
the place that inspired his father’s cherished American classic. A longtime
reporter and author of books about the American West, Maclean spins a
profoundly personal yet universal tale that encompasses fathers and sons, the
lore of flyfishing, and the preciousness of the natural world. Along the way, he
deepens our appreciation of his father’s achievement, and reveals in full for the
first time the true details about the tragic death of his Uncle Paul Maclean, played
in the film adaption of A River Runs through It by Brad Pitt.
“Fishermen know the wonder of being attached to a living but unseen power that
lies below the surface,” Maclean writes. “The connection between my family, the
Blackfoot River, and Montana has been like that, a tie rooted in memory and
rekindled each year.” John’s father, Norman, was raised in Montana but went
East to attend college at Dartmouth. He then moved to Chicago, where he
became a highly respected professor of English at the University of Chicago. Every

summer, Norman, his wife Jessie, and their two children, John and his sister Jean,
migrated to their simple cabin on the shores of Seeley Lake in northwestern
Montana.
On the nearby Blackfoot River, the Macleans annually renewed their connection
to flyfishing, first taken up in their family by John’s grandfather and namesake,
the Reverend John Norman Maclean, a strict Presbyterian minister. From the age
of seven onward, young John joined his father and other family members almost
daily on the river. Together, they waded swift waters and deftly cast their lines to
reach the deep, hidden holes where the biggest and wiliest fish lurked. “For me,”
John writes, “landing a rainbow trout of rare size and significance on the Blackfoot
River became the way to gain entry into the pantheon of notable family fishers.
Ambition comes easy when you’re young: it’s working it out later that gets hard.
And I knew there was only one best, always the unseen Paul.”
It was Norman’s memories of his brother Paul, of course, that haunted him
throughout his life and led him to write A River Runs through It in his seventies, at
last fulfilling a literary aspiration that had been set aside through decades of
teaching. Although John grew up knowing that Paul had been murdered, the
details provided by Norman were sketchy. In midlife, John found himself thinking
more and more about his relationship with Paul, with whom he had been linked
since childhood. A skilled reporter for the Chicago Tribune, he became
determined to find out as much as possible about Paul’s death.
In fact, Paul had died from a blow to the head in an alley in Chicago, not Montana,
as in the book and film. Paul, also a Dartmouth graduate, had followed Norman to
that city as a young man, where he was working in the publicity department at
the University of Chicago at the time of his death in 1938. As accurately portrayed
in Norman’s semi- autobiographical story, he had problems with alcohol and
gambling. Paul crossed powerful people while a reporter in Montana, leading to
the suspicion that he might have done the same in Chicago. Beyond that,
however, the trail went cold, and Paul’s murder remains unsolved to this day,
classified by the police as the consequence a robbery turned violent.
After retiring from the Tribune more than a quarter century ago, John turned to
writing books about another theme powerfully woven through the Maclean
family story: the wildfires that periodically tore through large sections of Montana
and the West, often inflicting a terrible human toll. The Big Burn of 1910 took the

lives of more than eighty firefighters and tested the faith and fortitude of
Reverend Maclean, who had to assure his congregation that the smoke that
darkened the skies over Missoula did not signal the end of the world. Norman,
who had briefly worked for the U.S. Forest Service as a young man, had an award-
winning book called Young Men and Fire published soon after his death in 1990.
His subject was the Mann Gulch fire of 1949, which claimed the lives of thirteen
firefighters. Continuing the family tradition, John went on to write books about
the South Canyon Fire in Colorado in 1994, which killed fourteen firefighters, and
other major Western fires.
But it is fishing and the Blackfoot that stand at the heart of the Maclean family
saga, and to which John returns in conclusion, after the battle ends with the
enormous and dazzlingly beautiful rainbow trout he had sought all his life. “I do
not fish alone on the Blackfoot River, ever,” he writes, “even though now I mostly
fish it by myself. When I’m on the water, and especially when no one else is
around, I feel the presence of the generations of my family whose stories run
through it. Thanks to geology and hard rock the river hasn’t changed much from
the time the Reverend Maclean brought his sons here... when his son Paul swam
laughing down the river with his rod held high...
“Life doesn’t stop when you reach a peak: it moves on as before, just as a river
does after a fight with a big fish. On a day like this, though, and after a fish like
that one, the river merged the life of the spirit with the act of fly fishing, a legacy
endlessly renewed by the passage of waters. Home waters.”
Extending the exploration begun by Norman Maclean in A River Runs through It of
the intimate, timeless mysteries of family, fishing, and nature, John N. Maclean’s
HOME WATERS is both an essential companion to that masterpiece and a
brilliant, exquisitely wrought work in its own right.
HOME WATERS features twelve original wood engravings by master printer
Wesley W. Bates, specially commissioned to illustrate the text. It also includes a
map of the Blackfoot River region and a 16-page color photo insert with stunning
photographs of the Montana setting depicted in the book.

ABOUT THE AUTHOR:
JOHN N. MACLEAN is an award-winning author and journalist. He spent thirty years at the Chicago
Tribune, most of that time as a Washington correspondent. After leaving the Tribune, Maclean wrote
five nonfiction books about wildland fire that are considered a staple of fire literature as well as training
material for firefighters. Maclean is the son of Norman Maclean, author of A River Runs Through It. The
younger Maclean, an avid fly fisherman, lives in Washington, DC, and at a family cabin in Montana.