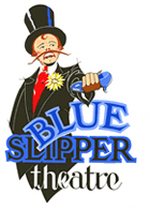 Auditions to fill select roles in the returning production of four Tennessee Williams’ one acts,
will be held at the Blue Slipper Theatre, 113 E. Callender St. in downtown Livingston, on
Tuesday, Jan. 11, 2022, at 7 p.m.
Talk to Me Like the Rain: Short Plays by Tennessee Williams, directed by Marc Beaudin,
includes the two-person plays “Auto-Da-Fé,” “Mooney’s Kid Don’t Cry,” “I Can’t Imagine
Tomorrow” and “Talk to Me Like the Rain And Let Me Listen ….”
This production is the return of these plays, originally scheduled to hit the boards nearly two
years ago, when the sudden rise of the COVID-19 pandemic caused a cancellation five days
before opening night. The set, featuring scenic backdrops created by local artists Aaron Schuerr,
Jim Barrett, Edd Enders and Angie Froke, and sponsored by several generous donors, has been
hanging in silence, waiting for the lights to come back on. It’s finally time.
Parts are available for men, from 20s to 50s, and women, from 20s to 60s. No prepared material
is necessary: there will be an opportunity to review excerpts from the scripts prior to auditioning.
The production will run weekends, Feb. 25 through March 6.
Williams, along with his contemporaries Eugene O&#39;Neill and Arthur Miller, is considered among
the three foremost playwrights of 20th-century American drama. After years of obscurity, at age
33 he became suddenly famous with the success of The Glass Menagerie (1944). It was the first
of a string of hits, including A Streetcar Named Desire (1947), Cat on a Hot Tin Roof (1955),
Sweet Bird of Youth (1959), and The Night of the Iguana (1961). He also wrote over 70 one-act
plays, as well as short stories, poetry, essays and a memoir.
Beaudin has worked in theatre professionally for over 20 years as a director, scenic designer and
technical director at venues ranging from unheated warehouses and art galleries to a 1000-seat,
state-of-the-art theatre. Directing favorites include Macbeth (with The 303), Amadeus (with Pit
&amp; Balcony Theatre) and the Blue Slipper productions of No Exit, Dracula and Proof.
The Blue Slipper has been bringing a wide-range of community theatre to Livingston since 1964.
It can be found online at blueslipper.org. For more information, call 222-7720.